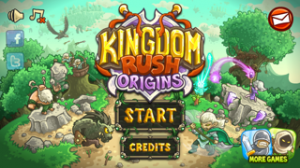 Overview Kingdom Rush Origins is the third game in a series of immersive tower defense games developed by Iron Hide Game Studios (the first two called Kingdom Rush and Kingdom Rush Frontiers). Each of these games plays out relatively the same. Waves of enemies stumble down the path, trying to get to the other side […]