You are here: Home / Android / Snapchat: Fun For Most, Fiendish For Others
Download Snapchat

After quietly amassing millions of users in a little over a year, Snapchat has seemingly become the “next big thing” in the world of photo apps.

Many have described it as the next Instagram, and others have said the service is a way to send naughty pictures without worrying about others seeing them for prolonged periods of time.  The divide between the people that use the app and the people that don’t seems to be a clear one, a divide based mostly on age.

Older crowds, often ones born before the so-loved ‘90s era, see the app as a destructive one. Taking pictures and sending them to people, and then having the messages self-destruct after so many seconds seems like a bad idea to them – a new pathway to easy sexting, perhaps. 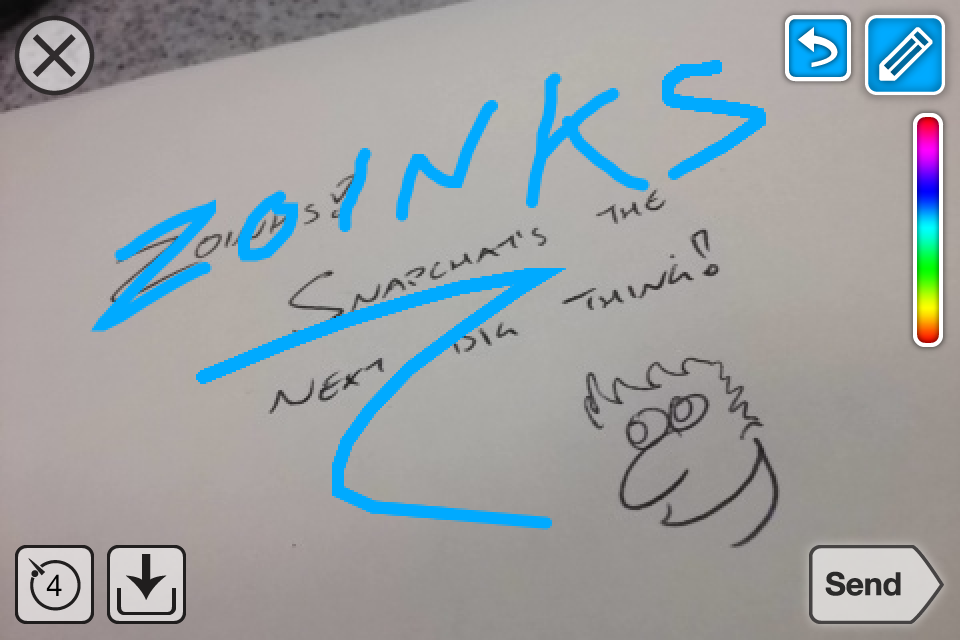 And that is exactly what Snapchat is. Not a sexting service, no, but essentially the lovechild of Facebook Messenger and Instagram. It’s a way to send pictures – silly or naughty – to your friends or loved ones and not worry about who else sees them because, lo and behold, they disappear forever after a few precious seconds.

From an application standpoint, it’s revolutionary enough. Yeah, sure, you can upload pictures to Instagram and make them look really pretty via dozens of filters. Yeah, sure, you can text a picture to a friend whenever…but then they might keep it for blackmail. With Snapchat, you can write on your picture after you take it, set a timer, and send it off to a friend. When they open it, the timer starts and – here’s the kicker – if they take a screenshot of the picture within the allotted time, before the picture self-implodes, Snapchat notifies you immediately.

Used by innocent preteens and people that have half a mind of common sense, Snapchat has all the ability to be something fun and lighthearted. Put in the wrong hands, though, it could very easily be used as a tool of deviance.Nevertheless, it’s free and it’s fun – and who wouldn’t want more free fun?

Snapchat is available on both iOS and Android platforms.