Snake Redemption is a spanking new creation of Snake, that has taken a snake game to places that its never been. 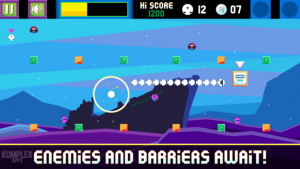 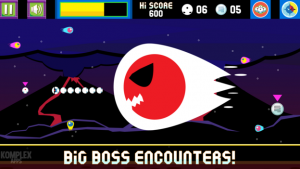 Quinn Gideon, the creator of Snake Redemption, shares that he had the bright idea of literally adding some cool colors, bad guys, and great sounds to the traditional snake game that we once knew.

The result: An extraordinary amalgamation of a snake game that’s eerily reminiscent of Pac-Man, Super Mario Bros, Dots, and of course, Snake, all rolled into one.

The game starts of with the same rules and controls as regular snake: A player can only move at right angles with the given character, but the game gets interesting when that mobility restriction is taken off after the character upgrades to any of the other two.

What’s most interesting about this version of snake is that every Chapter has a boss in the 4th level, and you never know what to expect. Snake Redemption is tough, but very satisfying after accomplishing a level with 3 stars– yes, you SHOULD try to get 3 stars.

Snake Redemption (released on 3/23/16) has now been featured on the iTunes Home Page in over 18 countries for iPhone and iPad, including Canada, Brazil, Mexico, and Argentina.