Don’t Tap the White Tile 2 cheats and tips to make you the champion of this fun casual game! Hu Wen Zeng presents a sequel to the original minimalistic tap game. Known as Piano Tiles on the App Store, this game is highly addictive. The rules are extremely simple–in fact, they’re the title of the game itself! You’ll tap on black squares in sequence while avoiding white ones to progress in Don’t Tap the White Tile 2. Cheats for games like these can be hard to come by, but you’ll find all of our tips and tricks right here. You can download the game for iOS or Android devices.

In Don’t Tap the White Tile 2, there are three play modes: Classic, Arcade, and Zen. Fans of the series will note that two modes of play are absent as compared to the previous version. You can no longer play in Rush or Relay modes. We never particularly cared for either mode, but be sure to download the first version if you want to try out either one. For our money, there’s more than enough fun to be had in the three modes available in Don’t Tap the White Tile 2. Cheats and tips for this game begin right here! 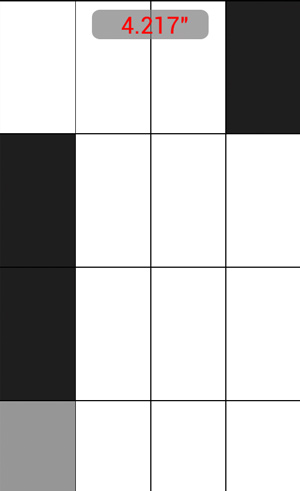